No one knows where chai came from, but it’s a well-known fact that Britishers got us into drinking teas. When tea production started in India, most of it was produced in Assam and exported to Britain. As people there were brewing an experiment with a new beverage, they began to like it. However, no one knows why they added milk to tea. Some speculate that its taste was too strong for their palate. Hence milk and sugar were added to tea, making it ‘chai’ in the subcontinent. And When they traveled to India, this habit of adding milk was adopted quickly by the Indian traders in Assam and West Bengal. Soon, the tradition of chai started in India. In the coming years, spices were added to chai, making it a masala chai.

Assam Masala Chai is a blend expertly made by our in-house master blenders. Cinnamon, black pepper, cardamom, clove, and ginger are mixed in precision with chai, picked from the finest Assam tea estates. As you begin sipping this aromatic chai, all the spices, and the chai balance well in harmony. A cup, rich in history and tradition! 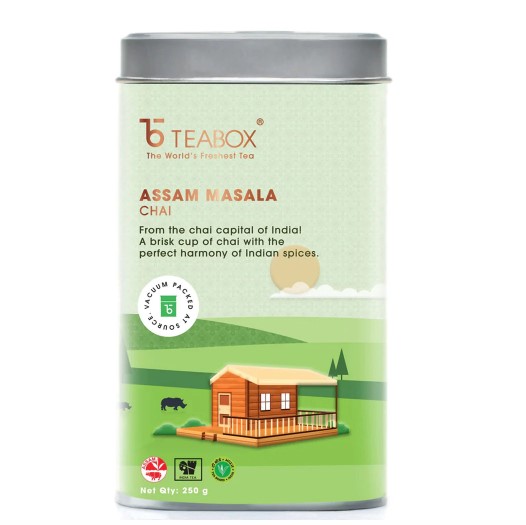